No Chance for Mozart. Prince-Archbishop Hieronymus Colloredo and the Musicians of his Court 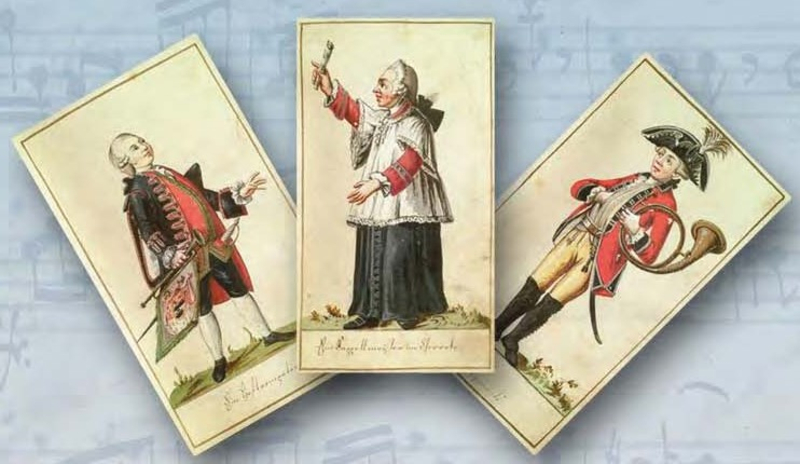 Luigi Gatti (1740-1817), a composer much revered by his contemporaries, spent the first half of his life in Mantua. There he was ordained priest before he dedicated himself to music. As a musician at the court chapel Santa Barbara in Mantua, and especially as an opera composer, he became famous not only in Mantua but far beyond as well. At the peak of his career in Italy he was appointed court Kappelmeister in Salzburg by Prince-Archbishop Hieronymus Colloredo, an office he held from 1782 until his death in 1817. His extensive oeuvre of sacred music has been made accessible through a research project about music at the Salzburg cathedral that the RISM Salzburg Working Group has been carrying out since 2007.

During the symposium, several concerts will be dedicated to music by Luigi Gatti and his contemporaries. The symposium will focus on Gatti’s achievements as a composer and manager of the Salzburg court chapel and will also deal with the manifold connections between musicians at the court of Colloredo, the cultural and historical preconditions, and the implications of his installation at the court chapel in Salzburg. With this symposium, the RISM Salzburg Working Group follows an initiative of the Conservatorio di Musica “Lucio Campiani” in Mantua, where the first conference dedicated to Luigi Gatti took place in October 2010.

For further information about the program and concerts, please consult the flyer (in German).

If you wish to attend the chamber concert on March 5th, please send a short e-mail to eva.neumayr@archiv.kirchen.net as seating is limited.

Newer in this category  |  Newer

Browse the news archive by category below or use the search box above.

All news posts are by RISM Editorial Center staff unless otherwise noted. Reuse of RISM’s own texts is permitted under a Creative Commons Attribution-NonCommercial-ShareAlike 4.0 International License. In all other cases, please contact the individual author.